Admitting the problem is the first step towards recovery. I’m addicted to tennis. Wheelchair tennis. Below is how I got started.

I’ve always loved racquet sports. That is hitting stuff with other stuff and I was good at it!

Rounders, Cricket, Baseball. Or trying to serve stones over my back garden wall with my parent’s Dunlop wooden racquets. That didn’t go down too well.

My sister and I used to watch Wimbledon during the summer and then immediately rush out to the road to (try) play tennis like McEnroe, Lendl and Steffi Graf. This didn’t work too well either. It wasn’t really tennis, more chasing stray tennis balls everywhere.

My name is Garreth Greene and I was born with a disability so this made sports (especially tennis) a little more complex. My disability is Chondro Dysplasia, it’s pretty rare and it stops me walking and it’s usually fatal in infancy so I guess I’m lucky to be here.

I never let it stop me doing what I wanted though. I did all the normal and usually disastrous things boys get up to growing up and with the same consequences.

Before I came to tennis I had a long career in a lot of other sports. I attended Irish Wheelchair Association – Sport’s Juniors club on Sunday’s from a pretty young age where I took part in Track & Field.

I joined Blazers Wheelchair Basketball Club which eventually led me to compete in the Irish Senior Basketball League, a pretty big deal for a 12 year old.

I left athletics behind and played basketball on and off throughout my teens until my twenties when I picked it up again with more committment, entering Irish League again and then playing for Dublin Celts – a really successful team making it to Division 1 in the GBWBA (UK) Basketball League.

During this time I had always under-achieved. All the confidence I had as a kid seemed to have disappeared and although I had flashes of talent, I could never seem to be consistent. All the way through basketball I felt like a spectator, never able to get into the game. I left the Celts after sitting on the fence during a lot of turbulence and finally took up an offer from a friend who had been asking me for ages to come try wheelchair tennis.

Two weeks later after my first tennis session in Carrickmines CLTC thanks to Pat Crowe, I was playing in my first Irish Wheelchair Tennis Open. I think I lost my first match badly in the lowest division but I was completely hooked. I’ve never experienced that satisfaction I felt when hitting a ball really well and making it do what I wanted.

After that first Irish Open I was invited to take part in the Belfast Open a month later. This was a whole new world to me. I had never thought about traveling to tournaments… this was even better!

Following both tournaments I went back and trained with Carrickmines during the summer months determined to get better. A little while later I also joined Westwood Clontarf where my passion for tennis increased tenfold when I met Justin Clarke, an Australian coach who was and is a huge influence on my tennis career and now a great friend.

He was my first proper coach and was the one meeting me in the mornings at 6am to train before work. He pestered me get him a tennis chair so he could play me on equal terms and it’s thanks to him I have improved so much.

A few years later formed my own club, Advantage Wheelchair Tennis in DCU. I figured the only way things could develop was with more people playing.

Eventually I progressed to playing top level in both the Irish Open & Belfast Open tournaments. These were non-ranking tournaments held in August & September every year so it didn’t really give me a lot of match-play experience which of course is the most important thing in any sport.

I very lucky in that I have a high level of technique, talent and speed, but I was low on experience which is the knowledge to know what to do with these tools. This has led me to be overlooked when the basics were being taught. I looked like a better player than I was (tactically) when in fact I had no idea what I was doing.

I have always dreamed of playing on tour and representing Ireland at Paralympic level but at that it this seemed like too big a challenge and I kept putting it off and coming up with reasons not to do it. Fear of failure, fear of success, funding, expectations, I’m not sure which.

However, in 2012 fate stepped in and I got the fantastic opportunity to volunteer with Paralympics Ireland as Online Communications Manager for the London 2012 Games. I had been at my first ITF that February in Preston and now I was going to get a taster of what Paralympics was really like. *

I’ve been around people with disabilities all my life. I thought I had seen it all. Paralympic Games literally grabs you and shoves another level in your face. When I saw guys that were single-amputees (one leg) competing in the high jump in front of about 80,000 people I was gobsmacked.

Not just that they could do it, but they were as professional as any athlete and were not hiding away from anything. This was not a reflection on those amazing guys, but a window into my thinking, I was being held back by worries about self-image and fear of failure before I’d even tried.

On top of countless other examples, there was the incredible performances by Team Ireland. This just made me want it even more and the ‘Team Ireland’ family experience was unbelievably addictive. I didn’t want to go home!

So this leads us right up to now. Ever since I made the decision to try qualify for Rio2016, strange things have been happening. Good things, coincidences, connections.

It’s very true that when you make a positive decision with a driven mindset, big things can happen. I also realised the decision is not really about Rio or Paralympics, it’s me deciding to be what I want to be.

Unfortunately I did not achieve a wildcard for Rio even with a world ranking of 83 which is my highest to date and in Irish Wheelchair Tennis history.

You really put yourself on the line when you make a commitment like that. You leave yourself open to criticism, jealousy, spitefulness and doubts but I’ve now realised that’s just the way it is no matter how good or bad your goals turn out. You learn to surround yourself with the right people. Positive people, and ditch the negative ones – which ultimately ends up better for you anyway no matter what happens!

I’ve sacrificed a huge amount of my life for tennis, I’m learning lots of lessons and it’s making me stronger all the time but it’s a long process. I’m doing my very best and worked myself to the bone for Paralympic qualification but in the end I just want to play tennis so my journey continues!

Thank you for reading and if you have any questions you can contact me here.

If you would like to support my journey please click below. Any support is greatly appreciated. Thank you. 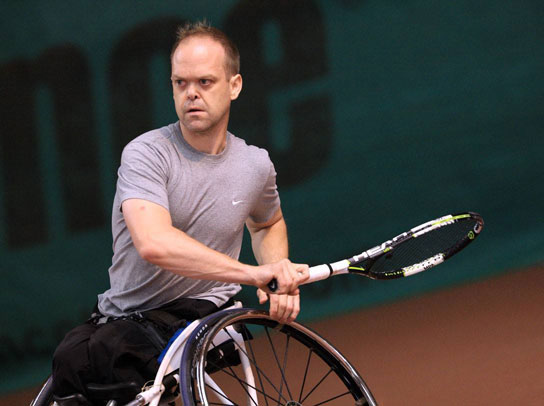